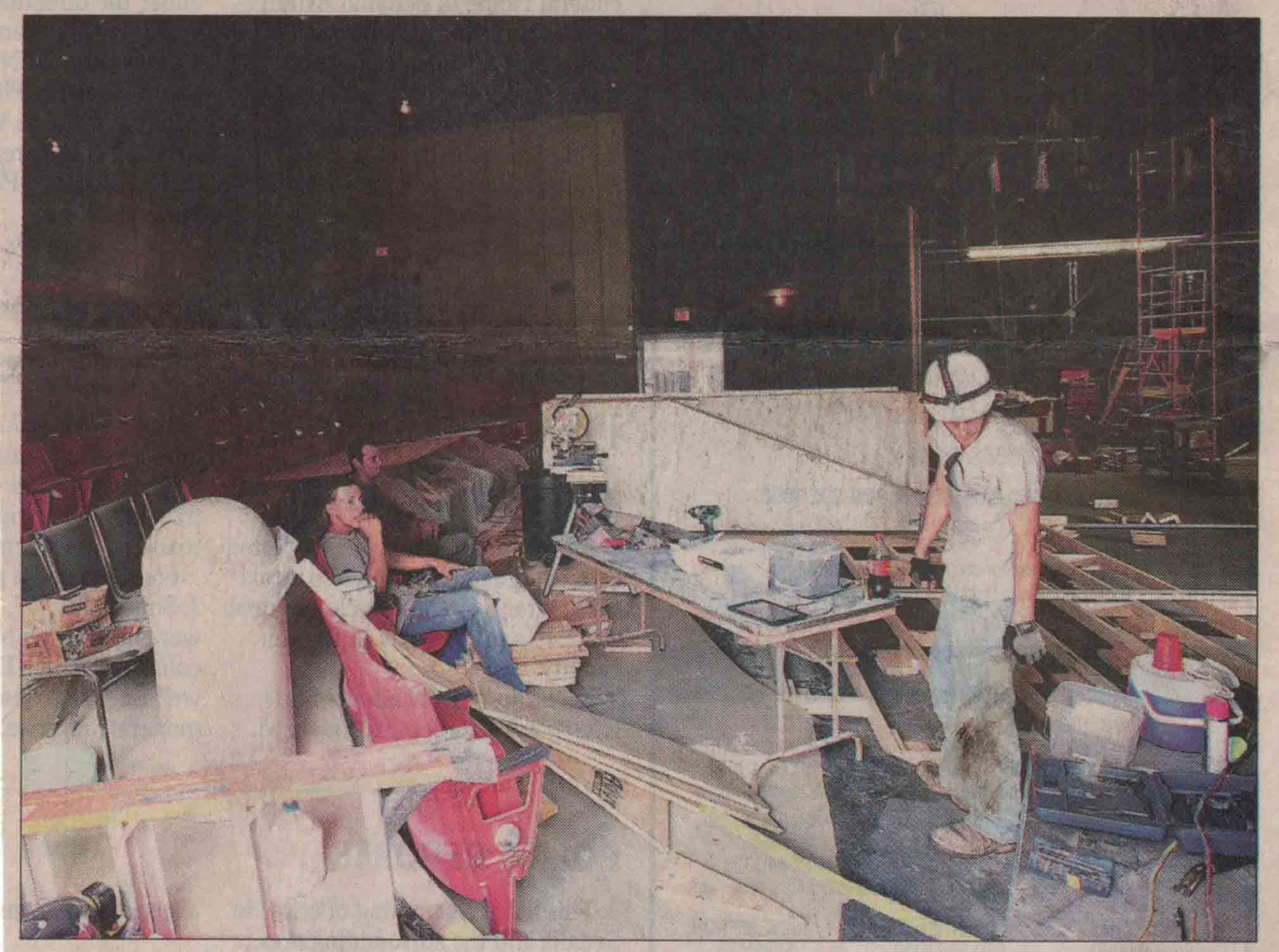 Renovation of LCAA moving along

Renovations at the Liberty Center Association for the Arts Inc. are progressing well with completion of the project set for Jan. 7, 2016.

The renovations will include an addition on the west side of the building that will showcase three art galleries, access to the theater as well as new ADA accessible bathrooms. LCAA Executive Director Terri Ballard told the Democrat Wednesday that they will be keeping the brick along the west wall to merge history with progress.

“It will tie in the old with the new, this will be very new out here,” she said of the galleries.

She is pleased with the construction’s progress.

“‘It’s going good,” she added. “At first, when they were doing all the demolition it seemed to take longer. But, now it’s starting to come back and we’re very excited. It’s starting to get real.”

The front door will remain the main access to the building. When visitors enter the renovated building they will see LCAA’s box office in the left corner on the east wall.

“That will stay the same,” Ballard said of the front door. “We have thought this out strategically, you will come over here to the box office, and then these two big doors will be the new lounge space and this will be a reception area.”

The project has had some surprises — while tearing out walls downstairs, workers found a mural nestled in the northeast side.

“We think it was from the original (Lona) Theatre,” Ballard said. “It’s not completely exposed.”

The partial mural showing a colorful archway with columns, stairs and trees was possibly painted on the wall when the original Lona Theatre was built in 1920. They plan to keep the mural.

They also discovered some original crown moulding and that former the grand staircase was actually two staircases.

“They did have the double staircase here at one time, rather than back there,” she added. “But, we are just going to put in one.”

Renovation plans are to keep the historic theme of the building while planning the decor.

“We are in the process now of choosing colors,” she said. “We are trying to find a historic color pattern, because obviously there’s not a whole lot of original architecture left inside the building. So, we’re going to try and bring it in with the paint colors that would have been for that time period.”

Upstairs will feature LCAA offices and a theater lighting and sound room.

Once the construction is finished, plans are for a grand opening event.

“Soon thereafter, in January, the first event will be a celebration of all the arts in Sedalia,” Ballard said. “Then we’ll have a professional concert. We want to invite everyone in to see it. The community has come together and made it happen, so we want them to see the fruits of their donations. “

At present, three-quarters of a million dollars have been raised for the renovations. A fly-system for the theater stage will cost another quarter of a million. It will be finished at a later date.

Ballard added they are still seeking small donations for “little details” such as matching furniture pieces for the lounge area and wood for the columns, instead of drywall, so they will match the box office trim. As construction began, unexpected discoveries of electrical problems and extra excavation for the footing added to the original estimate.

“There was some old footing down there, that we didn’t know was there, that had to be pulled out,” she said. “Little things that you don’t know until you tear into something, so that’s added to the cost.”

Those interested in making donations to the LCAA renovation may call Ballard at 826-7011.